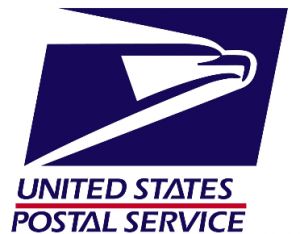 The US Postal Service was experiencing uncontrolled growth in the cost of labor, and senior executives noted that the headcount was excessive, and work shifts were frozen into the outdated patterns. Hundreds of millions of dollars were being spent on automation with no significant contribution to labor cost reduction. A group headed by a professor from MIT had been applying a computer model to address this issue for many years with no benefit. The modeling format they used was not relevant to labor scheduling and did not address optimization.

The founder of Care Systems’ parent company, Planmatics, had a close relationship with the University of Texas, and together, they defined the issue to Professor Jon Bard there. He had PhD students working for him at the University who managed to complete this modeling effort and program it. Together with Care Systems, Mr. Ahmad Jarrah formulated a problem for a PhD dissertation under Prof Bard. Within a year, a labor optimization system was completed.

A few years later the system was implemented in a portable fashion and the idea was attractive to the Senior Vice President of Labor, Mr. Jack Potter, who began to discuss it with managers under him at the US Post Office. He soon became Deputy Post Master General and directed the piloting of the system and another one presented by Accenture, for a modest fee of $500,000 each. Planmatics won the technical selection between the two companies, yet both were invited to submit bids for a 9 sorting center implementation.

Even after grueling negotiations where Accenture kept cutting its cost to be well below ours, we were awarded the contract. Next, a contract was awarded for 12 more centers. The labor savings at just the 21 sites was more than what could be practically negotiated from the USPS unions. The 21 sites were completed in 12 months and Planmatics was sent into a 3 year Maintenance Phase. The 21 were by far the largest sorting center sites covering over 50,000 workers. The 15% drop in labor needs required was deemed impressive; however, given labor contracts in place it was not possible to effect all of that reduction.

We believe that Middle East and Far East will not have the issue of labor contracts that make reduction in labor difficult. Even outside the reduction of headcount shown, demonstrating to the USPS that the old shift structures were not appropriate any longer, and getting the right labor amounts to the right location in a new shift structure prevented misallocations of labor.

The labor force today is about 600,000, down from the 800,000 at the time of the implementation, and the efforts to significantly reduce labor was motivated by clear directions shown by the application of Planmatics’ staff level setting and staff scheduling systems.